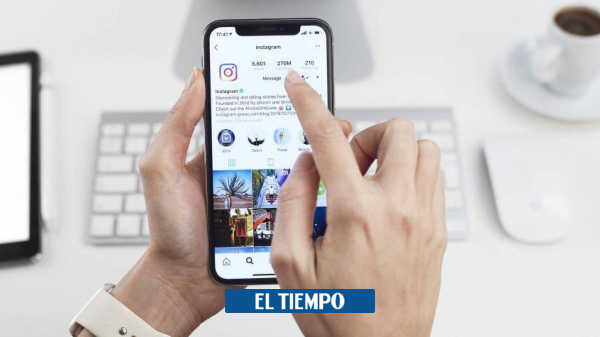 Social network Instagram, a subsidiary of the Meta group, was ordered to pay a record 405 million euros for failures to process the personal data of minors.Acting on behalf of the European Union (EU), the Irish regulator announced Monday.

“We accepted our final decision last Friday and it foresees a fine of 405m euros. Details will be released next week,” a representative from the Irish Data Protection Commission (DPC) told AFP.

This is the toughest decision by this authority since 2018, when the General Data Protection Regulation (GDPR) gave regulators more power to protect consumers against the dominance of Facebook, Google, Apple and Twitter.

DPC oversees Facebook on behalf of the EU, as its regional headquarters is in Ireland. Spokesperson for Facebook’s parent company Meta (which
Instagram) told RTE that the group plans to appeal the decision, claiming that the investigation focuses on parameters changed a year ago.

The regulator had launched an investigation at the end of 2020 to determine whether the app had been launched. Firewalls necessary to protect user data, especially for minors, as it is mandatory to be 13 or older to open an account on Instagram.

(You can read: Twitter tests the ability to edit tweets up to 30 minutes after they’re posted).

DPC was particularly concerned that it would be too easy for users under the age of 18 to open a professional account. This account type requires users to make their data public; this means that the data is visible to the entire social network.

The regulator also accused Instagram of revealing content of minors’ accountsBy default, it wasn’t limited to all users and followers of those accounts at some moments.

Is 128GB enough for mobile phones? See how to choose and save space

Why honey is better than sugar: six benefits

The best apps for learning Greek on iPhone

iOS 16 doesn’t encrypt all VPN traffic, even in secure mode