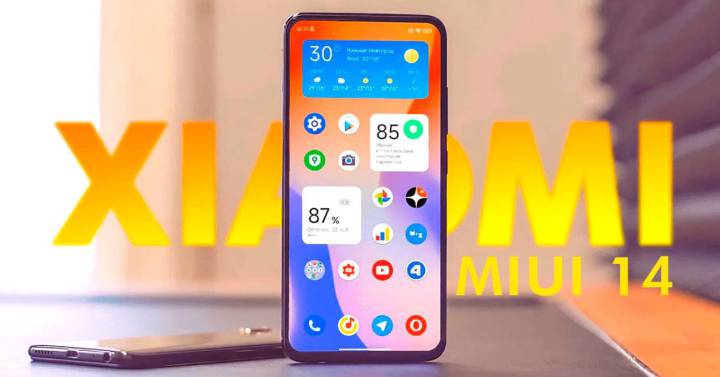 chinese brand Xiaomi She worked hard on her skin Android to make it smoother and better for users. system MIUI It is Xiaomi’s skin for Android and is one of the best on the market. The company has millions of neat MIUI users who want nothing less than a MIUI system. We recently learned which company mobile phones will have this new update. And now, during the press conference Xiaomi 13The long-awaited also officially presented MIUI 14.

The new MIUI 14 not only improves the fluidity of the system, but also brings a new design in terms of user interface vision. For example, new large icons, large folders, desktop smileys and many other small details. All this brings a lot of freshness to the user experience.

However, it should be noted that there are some problems with the layout logic of the MIUI 14 large folder. The entire folder occupies the positions of the four icons. However, there are only three apps that can be opened by pressing them directly. For other apps, users need to tap them after opening the folder.

Fortunately, MIUI has always been a system that cares about user experience and feedback. According to recent reports, Xiaomi has added some fixes in its latest beta. The large files folder is now available for more applications and users can click them directly.

The change will gradually be introduced on Xiaomi mobiles

Non-internal testers can also update the system desktop to version 4.39.9.5963-01031422. Some users have removed the installation package to take advantage of these improvements.

After the update, you can select the Jiugongge app, and there are 8 icons that can be opened directly by clicking the original four icons. You can also set up a smart display.. The system will automatically learn the user’s usage habits to intelligently sort and recommend exposed apps.

This function is first Harmony OS from Huawei. Although the design idea is very simple, it greatly improves the user experience. At present, it is mainly popularized by Chinese Android systems.

Talk to ChatGPT from WhatsApp with this bot

There’s a secret message in the Stranger Things 4 trailer that no one knows...

Turkish Troy instead of “Mir”, real estate investment – the main thing for business...

The Apple Watch Pro will be Apple’s most advanced smartwatch and will be unveiled...