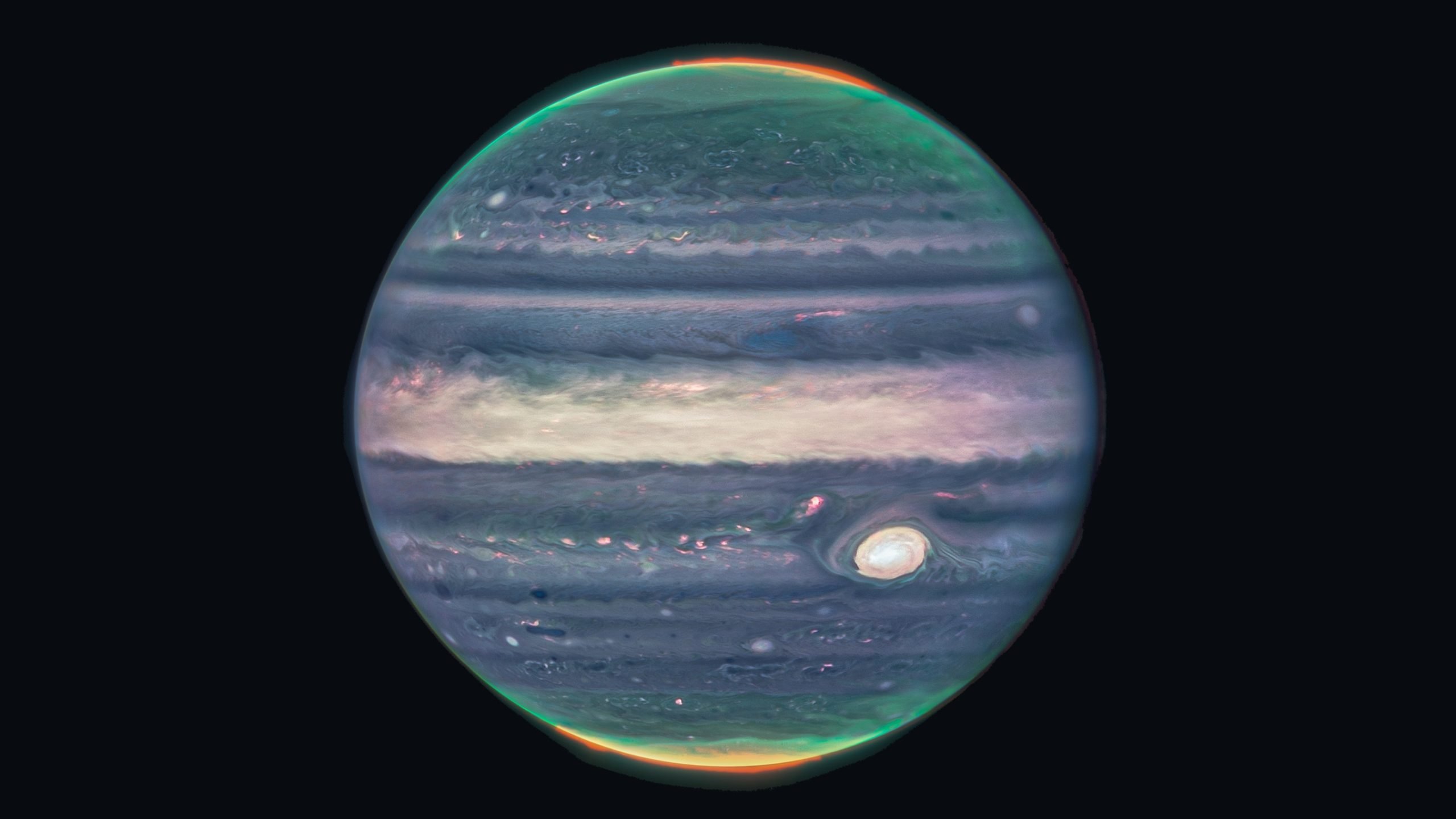 “To be honest, we didn’t expect it to be this good.” It is with this phrase that Imke de Pater, a Dutch astronomer and professor at the University of California who helped NASA observe the planet Jupiter, reveals his latest and most impressive image. On the official website of the agency Published new images of the largest gas giant in the solar systemand it was James Webb who allowed us to observe the spectacular auroras appearing at the poles of the planet.

The new images offer some pretty impressive views. In fact, according to Imke de Pater, the scientists didn’t expect them to be that good. “It’s impressive that we can see details of Jupiter next to its rings.small satellites and even galaxies in one image,” adds the researcher.

It took all the power of the James Webb Space Telescope cameras to make this happen. Just don’t think that you could only see it with your own eyes. The scientists used special telescope cameras to capture infrared light. fired upon by celestial objects, and the result can be seen below.

Thierry Fouchet, professor at the Paris Observatory and member of the James Webb International Collaboration, also participated in the observation. Let’s remember that The telescope was the result of a collaboration between the European Space Agency, NASA and the Canadian Space Agency..

Here is how these images of Jupiter were obtained with the help of James Webb.

This is not the first time James Webb has taken a closer look at Jupiter. However, this new series of photographs produces a much better result than the previously shown one. In addition to improving the exposure of image elements, NASA was also able to capture much more detail than on previous occasions..

Judy Schmidt was responsible for creating these wonderful images of Jupiter. using data obtained by James Webb. A few weeks ago we showed you other telescope galaxies also taken care of by Schmidt with the same amazing result.

To take photos James Webb pointed his NIRCam camera at Jupiter on July 27th.. This allows you to capture the infrared light emitted by a celestial body and get more details. The reason for this is that, due to its longer wavelength, it allows it to pass through clouds of dust and gas and travel great distances without losing as much information as its visible counterpart.

What is observed in the image of Jupiter?

The result is what you can see in the image above. One of the most impressive details, besides the northern and southern lights, is the ring. Yeah, just like giants like Saturn Jupiter also has a ringalbeit considerably dimmer than its brother and barely visible in optical telescopes.

Same way, we mean two of the dozen moons that swarm around the gas giant. While blurry spots are visible on the back of the planet, which have been identified as galaxies.

Belarus banned the export of cars and smartphones

This piece of iPhone has been updated to iOS 16 and costs less than...