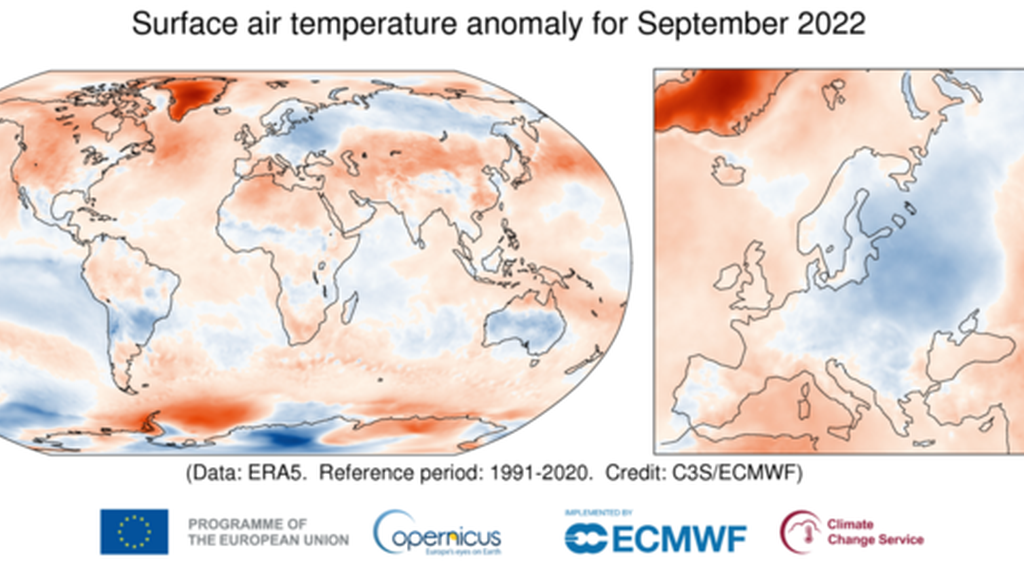 Sep 2022 it was colder than average in Europe, but globally, with a temperature of 0.3 degrees above average, it was the fourth warmest month of September on record. Over there Greenland has had the worst impact, as it has reached temperatures of even 8 degrees Above average.

What stands out from the obtained map is certainly the red lit from the Greenland which experienced the warmest month of September since 1979, offset by the blue extending from the central part of theEurope at the Russia. According to measurements, the average temperature in September in Europe is about 0.4 degrees lower than the average temperature measured between 1991 and 2020.

Sea ice in theArctic it was about 3% below average, although it was above average in a number of Siberian areas.

FBI: people are more likely to use deepfakes in job interviews

In the United States, they talked about the island-fortress that China would attack in...

The first Xiaomi smartphone without MIUI, updated to Android 13 five years after its...