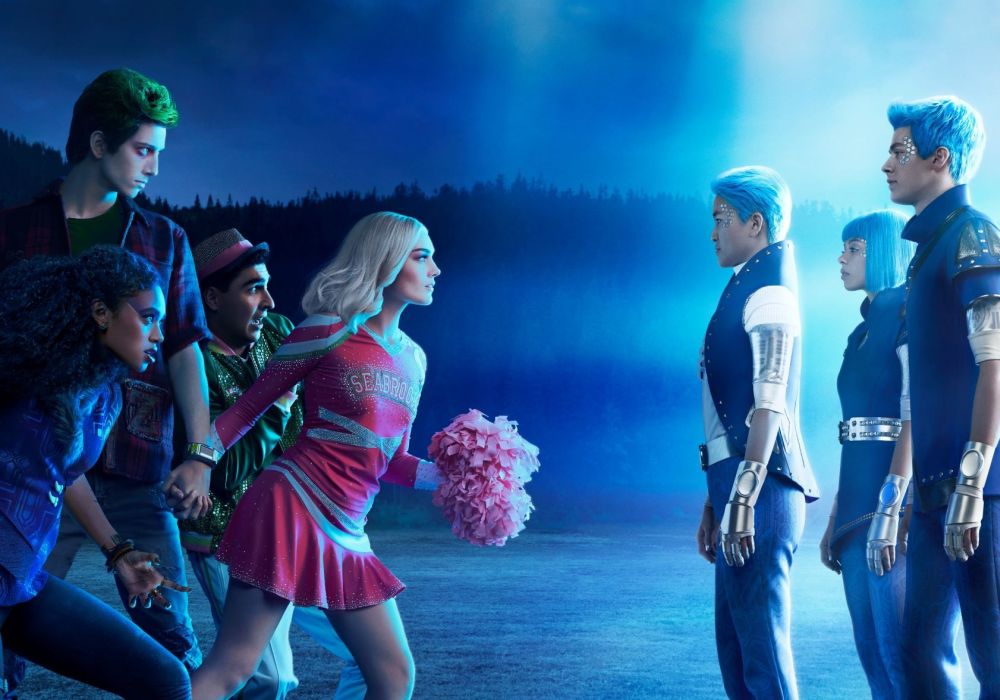 Disney Music VEVO Released Nine Music Videos From The Original Movie Zombies 3, now available on Disney+: This is the third installment of the hit music franchise, exclusive to the streaming platform. In this article we present five of them, but you can find them all on the Disney Music VEVO channel at this address.

In the Italian version of the film, the famous artist J-Ax lends his voice for a special cameo in the role of announcer, and Disney has launched a special video for the occasion.

In Zombies 3, Milo plays Manheim as zombie Zed and Meg Donnelly as cheerleader Addison, who are starting their senior year at Seabrook High, in the city that has become a safe haven for monsters and humans. Zed awaits an athletic scholarship that will make him the first zombie to enter college, while Addison prepares for Seabrook’s first national cheer-off. Suddenly, however, aliens arrive at Seabrook, causing anything but friendly competition. The film also stars Chandler Kinney as Willa, Ariel Martin as Wynter, Pearce Joza as Wyatt, Carla Jeffery as Bree; Trevor Tordjman plays Bucky, Kylee Russell is Eliza, Terry Hu plays A-spen, Matt Cornett plays A-lan, Kyra Tantao plays A-li, James Godfrey plays Bonzo and Kingston Foster is Zoey. RuPaul Charles joins the cast as the voice of “Mothership”.

The music track features eight previously unreleased tracks and innovative dance moves that align with contemporary trends, accompanied by a sound that seems “from another planet”. Close Encounters,” while new songs from Zed and Addison, including a third rendition of their hit duet “Someday,” reflect the growth and change of their characters. Meanwhile, the werewolves chase the aliens in “Come On Out,” a sharp and exciting track. The Walt Disney Records digital soundtrack will also be available on July 15.

Zombies 3 is a Disney+ original film from Disney Branded Television, directed by Paul Hoen, from a screenplay by David Light and Joseph Raso. Hoen, Light, Raso and Suzanne Farwell are executive producers.

The startup accelerator CultTech opened the call for the second set

Amazon has slashed the price of this iPhone 12

In Russia, a cybercriminal player was sentenced for the first time: 2.5 years for...

16 Free Portable Apps A Student Should Always Carry With Him