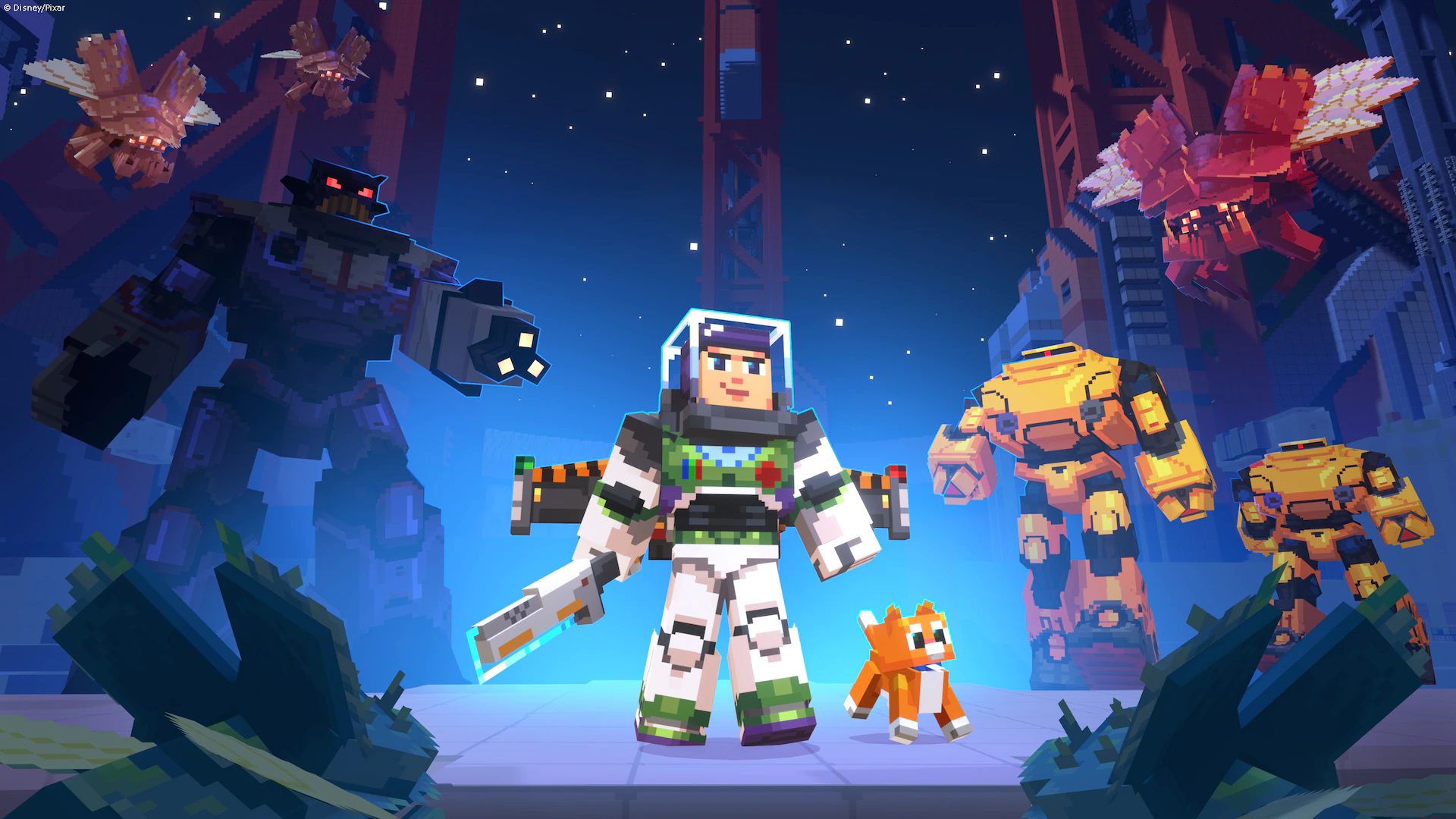 Minecraft celebrates the arrival of the new Pixar movie in theaters with a new themed DLC. light year x minecraft is already available for purchase on the market at the price of 1340 Minecoin or in the digital stores a 7.99 euros.

By downloading the DLC, you can take on the role of Buzz Lightyear and take part in 5 action-packed missions using the new Star Command Gadget egg equipped vehicles for Space Rangers. The package gives you access to a skin series inspired by the characters of the film, including of course Buzz Lightyear, but there will be the ability to create characters from the Lightyear universe through a series of specific objects for the thematic Character Creator.

Let’s read the official description of the DLC:

Take on the role of Buzz Lightyear and journey to the edge of space on an action-packed adventure to save your friends and crew from Zurg’s evil plans. Using reliable Star Command gadgets and Space Ranger vehicles, face the dangers of the alien planet T’Kani Prime and lead your spaceship to victory.

Spider-Man returns home: all the wall-crawling movies to premiere on Disney+ in the coming...

The nine weirdest computers in the world