Gadgetonus
Home Gaming The best and most advanced Chinese GPU with PCIe 5.0 runs like... 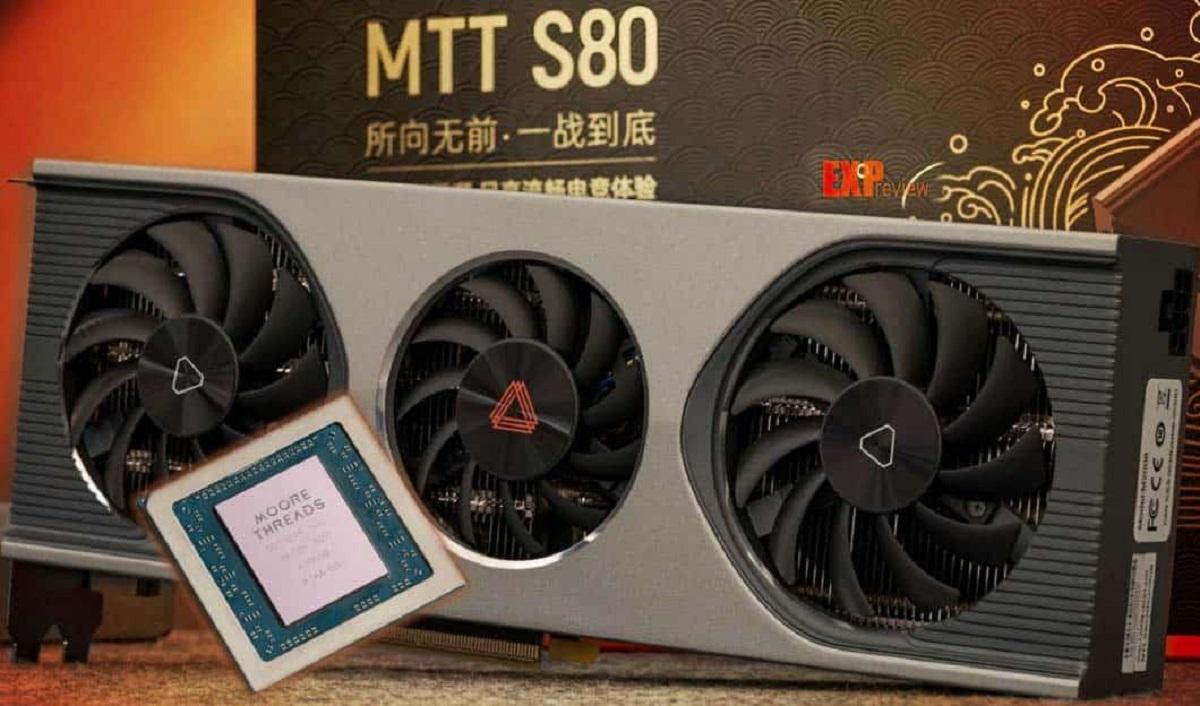 As you well know, NVIDIA and AMD are prohibited from sending latest generation CPUs and graphics cards to China due to bans and economic blockade. The two giants have been fighting this fight for decades, in which no one wins. However, the US is in a privileged position.

For this reason, China has been working for several years to catch up with its American counterparts. At least from a computer’s point of view. The goal is to compete with AMD and NVIDIA. Their latest graphics card shows they are still far behind.

The new GPU from Moore Threads, a Chinese computer company, is the first graphics card to support PCIe 5.0, and expectations were high. The GPU called MTT S80 is focused on gaming and has just hit the market. in the same week.

And the first comparative analyzes show that it is competitive with the NVIDIA GeForce GTX 1060 and consumes 100 watts in idle mode. Bad for consumption and very bad for low GPU performance.

Of course, the GPU architecture is still being finalized for gaming. So at the moment, only games that use the DirectX 11 API are compatible with the MTT S80. The MTT S80 GPU has 14.4 TFLOPs, which should put it between the NVIDIA RTX 3060 and RTX 3060 Ti..

This chip has 4096 cores running at 1.8GHz. and based on architecture MUSA (MT Unified System Architecture) company. The map has 448 GB/s bandwidth and 16 GB GDDR6 memory with 256-bit interface. The MTT S80 is already available for pre-order in China for around 350 euros.

Since it is sold with a dedicated motherboard, the price may be higher than the cost of the graphics card itself. The motherboard is an Asus TUF Gaming B660M-Plus D4, and if we subtract its price in China, we get The GPU costs 230 euros.

This is the second GPU in the MTT S series. The first one, the S60, came out earlier this year and had much lower specs. It only got 6 TFLOPs, which is less than half of the new GPU.

Tests show that the MTT S80 can deliver over 100fps in competitive games at 1080p and graphics set to low:

The strangest thing is the graphics card consumes 114.6 watts of power when not in use. And in full operation it reaches 240 watts. All this makes us understand that China must continue to work if they want to offer a GPU that can compete with Western solutions.

The Ministry of Digital Development supported the Aurora OS development project, which costs 480...

Mar Menor: has the same rights as a citizen