Gadgetonus
Home Hot News What tests do you have to pass to be in the top... 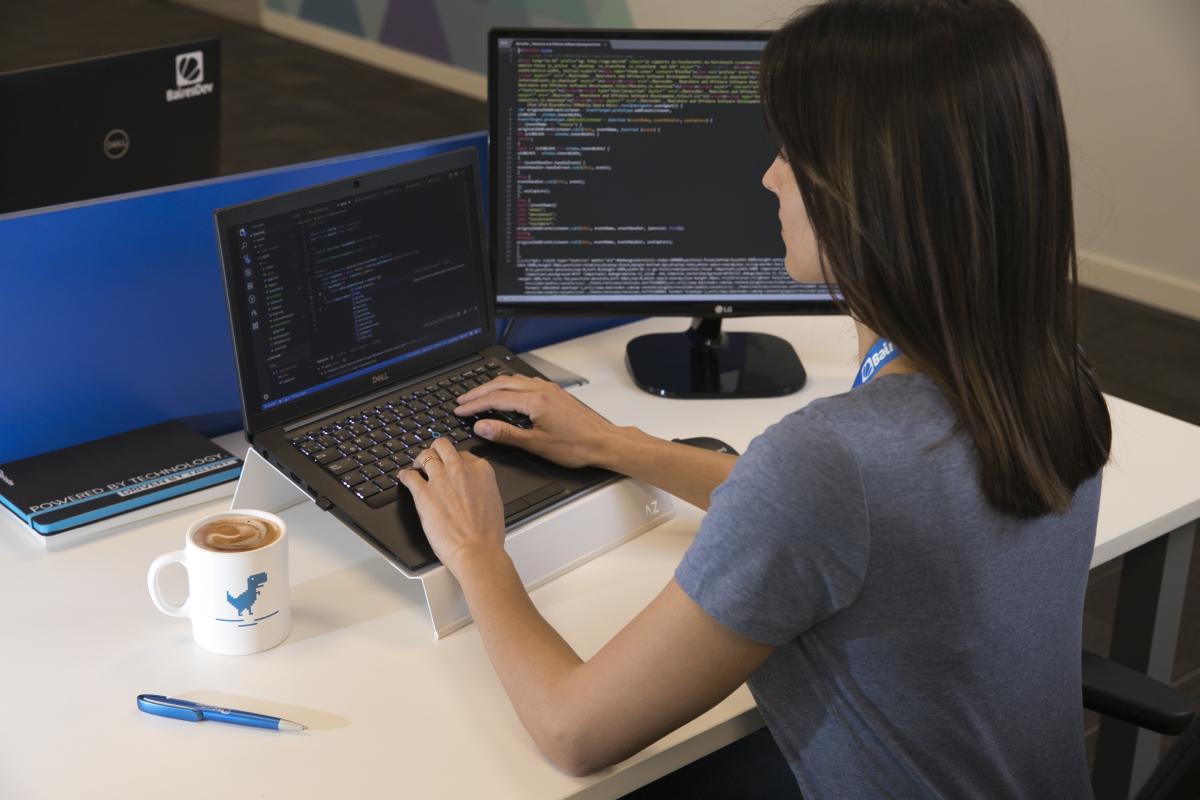 Today, BairesDev is one of the leading digital business transformation companies. Being a part of his exclusive team of programmers is not easy: only the best participate in each promotion.

There are 100,000 candidates per month to be able to sign in to BairesDev and only sign in less than 1% due to a rigorous and demanding selection process.

In addition, it is a company that offers the opportunity to work with US clients, which is a professional challenge for its more than 5,000 employees. A figure showing unstoppable growth as there were only 400 in 2018 and more than 10,000 are expected by the end of 2024.

Over the past four years, BairesDev’s income grew by an average of 82% per year and they hope to accelerate this pace to 110% per year by 2022.

The fact is that BairesDev has been the fastest growing technology services company in the world for six consecutive years.

Shows a better growth curve than 99% of companies, regardless of industry, and is one of the few and largest unicorn companies in history. without external investment.

The company receives over 1.2 million job requests each year, making it one of the top inquiries companies in all of Latin America.

After a rigorous process of tests and interviews, 1% or even less manages to form part of its staff: engineers, software architects, IT consultants, etc., join the professional elite of the BairesDev team and become advocates for the digital acceleration that all customers demand.

There are several phases that the professional future of BairesDev must go through, a process that, for example, proves to be more demanding and difficult than student selection at Harvardwhich accepts 4% of applicants.

Once a job application is received, the candidate’s profile is assessed and using set of algorithmseach potential candidate is matched with the most suitable vacancies currently available, including future ones.

Once an applicant has been assigned to a position that best suits their academic experience and knowledge, BairesDev automatically assigns them 8 to 12 online tests to demonstrate their specific skills, as well as other mandatory and general tests for everyone. candidates English test and IQ testl.

BairesDev developed over 80 different tests for fine tuning and getting the best professional in each case.

For example, Java Specialist developers will be required to pass, at a minimum, Java, Object Oriented Programming (OOP), SQL, Algorithms, Front End, Back End, Advanced IQ, English, and other tests that will depend on their position.

If a candidate passes certain tests that they were subjected to in the previous step, the BairesDev Human Resources team conducts a series of interviews with the candidate not only to share their experience as a software engineer, but also to Assess your communication skillshis commitment and his personality, and thus see if it matches the philosophy of BairesDev and its clients.

Anyone interviewed by the Human Resources department will have to pass a series of special written tests. These tests are primarily designed to measure candidate’s technological knowledge and how they approach creative projects.

The final step before becoming part of the programming elite: a series of interviews conducted by BairesDev experts, during which very specific questions are asked, all of which relate to possible projects that the candidate will be suitable for, including real-time conflict resolution.

All candidates who perform very well at this stage are hired and become part of the 1% of engineers working with BairesDev clients.

This ends the selection process at BairesDev, but its engineers are still filtering through to see which company projects they fit best.

When customers request the best engineering team for their needs, BairesDev’s patented AI system, Staffing Hero™, will recommend the most suitable employees for the project.

This set of complex artificial intelligence algorithms They include not only the right profile and technology fit for the required projects, but also the performance, availability and characteristics of each customer.

It’s not easy being part of the programming elite, but the personal and professional rewards more than make up for it.

BairesDev has been recognized for being a company that values ​​its employees: The company won the Comparably Awards 2020 by receiving almost 500 anonymous reviews from its employees, in which they praised the good working environment, teamwork, etc.; and another award in the same year, when it was ranked among the top 5 companies with a diverse workforce in the US.

BairesDev now has more 700 vacancies availableyes, everything is remote. You can apply right now on their job page and become part of the programming elite.

Make me a Zombie: AI turns people into zombies; see how to use

SOS: Two people rescued with the help of iPhone 14

Twitter partner sued the social network for non-payment of services

6 settings you need to enable on your iPhone 14 Pro right out of...