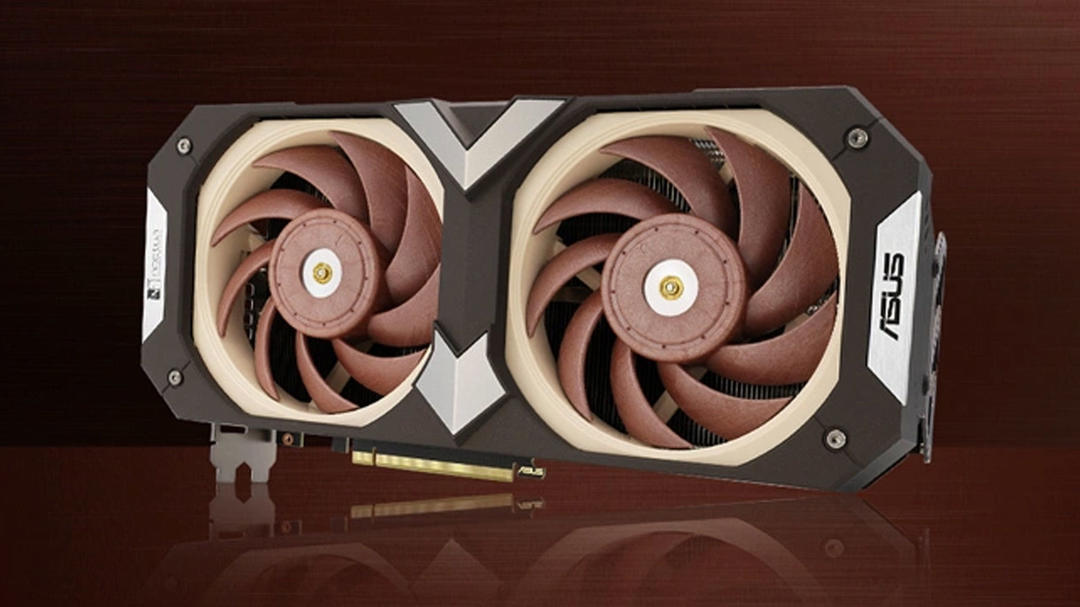 Asus and Noctua had previously released a special edition of the Nvidia RTX 3070, and now they are teaming up for a special RTX 3080 variant. This graphics card should combine Asus technology, Nvidia’s GPU (with 10GB of memory) and Noctua’s expertise in cooling.

When Asus and Noctua launched their first collaboration in the custom RTX 3070 format last year, there was a lot of enthusiasm from the community. And while the Geforce RTX 3070 is still pretty conservatively designed. The GPU has limitations like only 8GB of GDDR6 RAM on board. The new graphics card should address this issue by providing users with more RAM and a more powerful GPU.

And there is a lot to be done about this cooling. The system has a four slot cooling system with two 120 millimeter NF-A12x25 fans. Compared to the TUF Gaming GeForce RTX 3080 from Asus, the Geforce RTX 3080 Noctua Edition is 4.5 decibels quieter (at typical, auto speed).

Additionally, the gpu temperature is usually three degrees lower and the vram temperature fourteen degrees lower. These are the key differences and interesting things to test when the graphics card is actually for sale.

With the fans running at maximum speed (only happens when a computer is poorly ventilated), the system is still 8.6 decibels quieter and twelve degrees cooler than the TUF version mentioned above. Finally, the GPU is equipped with 10GB of memory, which is an improvement over the 3070.

Noctua, in a press release prepared together with Asus, announced that the Asus Geforce RTX 3080 Noctua Edition will be available from June. Asus later announced that the recommended retail price of the system would not be less than 1,133 euros. The graphics card from the previous collaboration is still considered a full-fledged option for many PC manufacturers and currently costs between 800 and 850 euros.

How to replace the usual products to lose weight

iPhone 14 will charge faster, but far from Android

How can an airline know if you have an AirTag in your suitcase?

The agreement on the entry of Otkritie into VTB Group will be completed before...