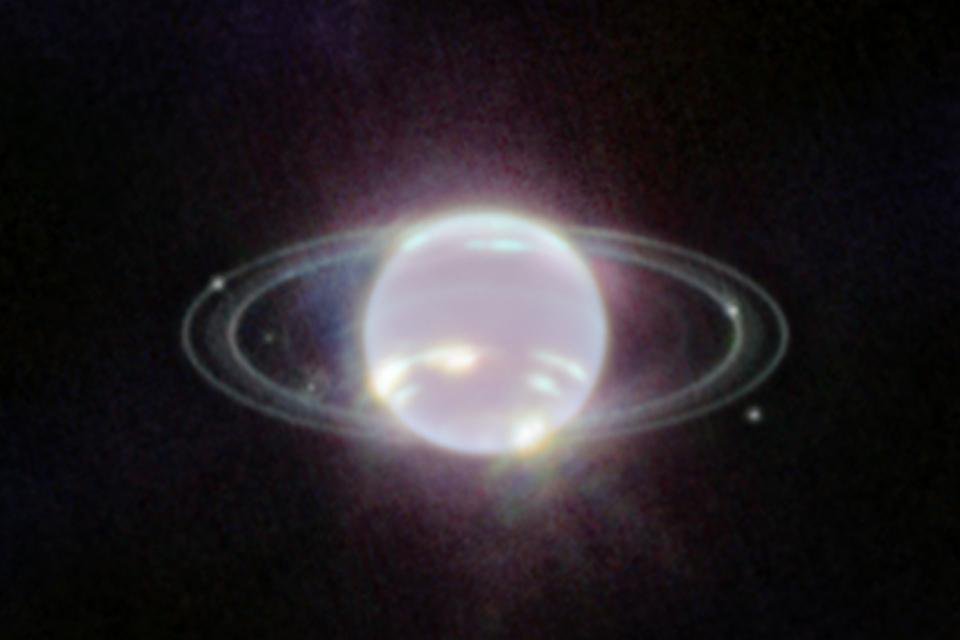 NASA has revealed stunning new images of Neptune captured by the James Webb Space Telescope. The record clearly shows the rings and atmospheres of the farthest planet in the Solar System, as well as 7 of the Ice Giant’s 14 known moons: Triton, Galatea, Naiad, Thalassa, Despina, Proteus, and Larissa.

Because Webb’s cameras operate at infrared wavelengths, Neptune does not appear in the composite with its characteristic blue color. A greater luminosity can be observed in the polar regions as a result of the belt of high-latitude clouds formed by cold gases, mostly methane, that reflect sunlight.

In addition to these extremes on the planet, a fainter glow along the equatorial line reinforces the visual signature of Neptune’s atmospheric dynamics. The region is dominated by winds and storms that give rise to the circulation belts, most famously the Great Dark Spot, first described by the Voyager 2 spacecraft more than 30 years ago.

It’s worth noting that NASA has already set plans to conduct additional studies of Neptune’s atmosphere starting next year. In addition, the Trident mission will aim to explore the mysteries of the icy worlds by focusing on Triton, the planet’s largest moon, which scientists believe has an ocean beneath its icy crust.

What foods should diabetics eat without harming their health?

iPhone 13 Pro vs iPhone 14 Pro: what will be the differences

Gel film can produce water in the desert