Gadgetonus
Home Gaming HP Reverb G2, analysis and opinion on one of the best mixed... 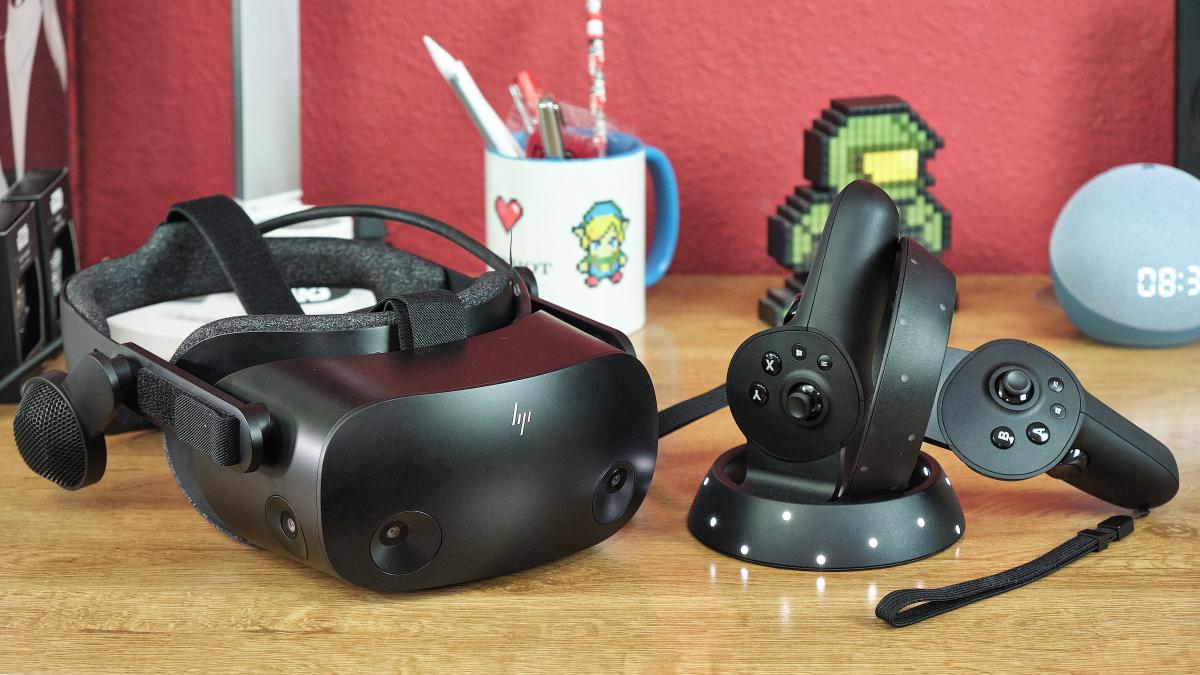 VR was here to stay a few years ago, and since the launch of the first headsets, we’ve seen several different devices open up the market and give users more decision-making power.

The big advance of this technology has been the advent of the Windows Mixed Reality “standard”, according to which various viewers have been created and where more traditional brands such as HP or Lenovo have readily entered.

Now, after having a great time playing games like Half Life Alyx or Beat Saber, In this HP Reverb G2 review, I’ll tell you why it’s one of the best VR systems out there. which can be bought for less than 700 euros.

Why does VIRTUAL REALITY make you dizzy? Learn with hobby basics!

Quality plastic and comfort for hours

Before we start talking about design, I want to tell you that yes, we are late with this analysis, but for good reason. We received the device at its launch a year agobut in our tests we had some problems, especially with the cable.

It didn’t seem to work with some boards and I had to try it with another computer. Also, tracking gave me quite a bit of headache and I chose not to post the text because I wasn’t going to leave the device in a good location, so I moved on to other things I put off.

Nonetheless, HP sent them back to us this year and there are little things that change. Perhaps thanks to updates and other things, the experience was now pretty good from a technical standpoint.

And I have to tell you that the cable issue is more than solved and if for any reason you buy this model and it comes with an old cable you just have to contact them so they can replace it.

However, which I think was important to comment on, let’s get started. With design, I have my pros and cons.. On the one hand, the plastic seems to me to be of high quality and yes, it is matte black with minimal traces, but it does not cause the feeling of cheap plastic.

But hey, what is the viewfinder, it feels quality and is quite comfortable on the head. This is an extremely subjective field, but I found it convenient.

What I don’t like so much is that to increase the size or adjust it to fit the head, we have a velcro system. And frankly, I prefer other solutions. In addition, I also like the wheel system at the back to adjust it already, but this was not possible.

I guess HP tried to save money in this regard because we have some very interesting stuff inside, but hey, I don’t think the Velcro system is the most convenient in everyday life, really.

And I don’t really like the hook that the only cable that goes to the PC glasses has to go through. It is on the back side and don’t think that it is very stable. In fact, in the weeks that I had this version and the previous one, I was afraid to break the system.

What I like is that you have a little lever on the bottom of the helmet that allows you to change the interpupillary distance. from 60 to 68 millimeters. The slider is tight enough that you can’t accidentally change it, which is a great setting because so much of your gameplay depends on it.

Once put on, you have a foam that protects the face and nose and which, in my case, adapts quite well, does not put pressure on the sinuses, and which you can put on and take off easily thanks to the magnet system. So, okay HP, although if you wear very large glasses like mine, they might rub a little.

And also for the sound system, since it is of high quality and integrated into the helmet, and we do not need to configure anything at all. DisplayPort also carries audio and the truth is that the experience is great.

Of course, you may want to go into your own world a little more and use a regular computer headset, and here I have both good and bad news. The good ones are by removing a simple screw, you can detach the included headphones. It’s very simple, you don’t need to study engineering… and it looks great.

However, there is no 3.5mm jack on the case, so you will have to connect the desired headphones to the PC either with a cable (you should have a rather long one) or via Bluetooth, which will introduce some delay.

Impressive lenses despite being LCDs and somewhat regular tracking

But hey, despite my pros and cons with some things, it seems like a good design for the price of the system, but I’m already saying that it shows that HP wanted to cut back a bit, because inside, in what really marks the experience, there are very TOP details.

You have already seen that this viewer has four cameras, two on the front and two on the sides. This is not normal for WMR helmets, which usually only have two cameras on the front. These cameras are responsible for monitoring the lights of the control rings, and the truth is that they do it very well.

You don’t need to place external sensors here, because the recognition is based on a lighting system more or less similar to PlayStation VR, go. And yes, it is convenient, but there are some drawbacks.

First, if you align the two controllers like you’re holding a rifle, for example, the helmet can get a little tangled. It’s not the most common, but over many hours of play… it can happen to you.

Nonetheless, the biggest problem is top and bottom tracking. The two extra cameras capture a good angle, but in the end, you won’t get caught if you have the controller above your forehead or at hip level.

That being said, you need to have some “feel” to play well, but once you get the hang of the angle that the camera recognizes, the game becomes exciting.

I find the controls to be comfortable, and both the lens and panel technology is the best of any VR system. It’s not for nothing that the latter is signed by Valve, and when you get the sweet spot on the screen, in the center, it’s a top-notch experience.

And that’s because while that sweet spot isn’t too big, the lenses are very good in that center of the panel, and IThe panels have a resolution of 2160 x 2160 per eye. It’s the real bullshit that makes everything look over-determined.. And they go to 90 Hz, which is not bad.

Of course, this comes at a performance cost, so for some games you will need a fairly powerful computer, but the experience is very, very good. I did not notice, neither in the sweet spot nor around, if you go around the corners, then yes, chromatic aberration and colors are very good.

Obviously it doesn’t achieve the contrast and black depth that we find in OLED panels, but for an LCD, brightness (typical ghosting or “flare”) is very well controlled and we have excellent performance.

Of course, if it’s games with lots of crisp screens or white backgrounds, you’ll have a bit of a “grainy” effect, but hey, since everything is in motion, it’s easy to go unnoticed.

At the time when I was analyzing HP Reverb G2, I played many gamesbut mostly I’ve been with Arizona Sunshine, Beat Saber, Half Life Alyx and Moss and the experience in all of them (from Steam) has been outstanding.

And, in the end, what I found in this viewer is a very good combination of the capabilities of the Windows mixed reality system and the technologies of much more advanced virtual reality viewers.

Resolution, although a fairly powerful PC is needed for a full game, it seems atrocity to me And, again, when you look at content in the sweet spot of the lens and panel, it’s impressive because everything is very, very sharp.

This shows that both the panel and the lenses are of good quality, and yes, I would have liked OLED, but this LCD shows that with good lenses glare can be avoided very effectively. Not so much the effect of the sand, but I already said that this is something sporadic and that you won’t notice it easily.

The sound in the headphones is very good, easy to remove, the cable is long and yes, there are things like a better finish of the adjustment system or a headphone jack, which I would like to see in the third generation, but as of now it seems to me a very good option if you want to enter the world of virtual reality.

“One chip to rule them all”: Nvidia unveils the best processor for autopilot cars

The Last of Us Part 1: A video compares the Tess from the remake...

Microsoft is preparing a mysterious update for Windows 10