Gadgetonus
Home Tech #AstroMiniBR: discover the farthest light in the sky visible to the naked... 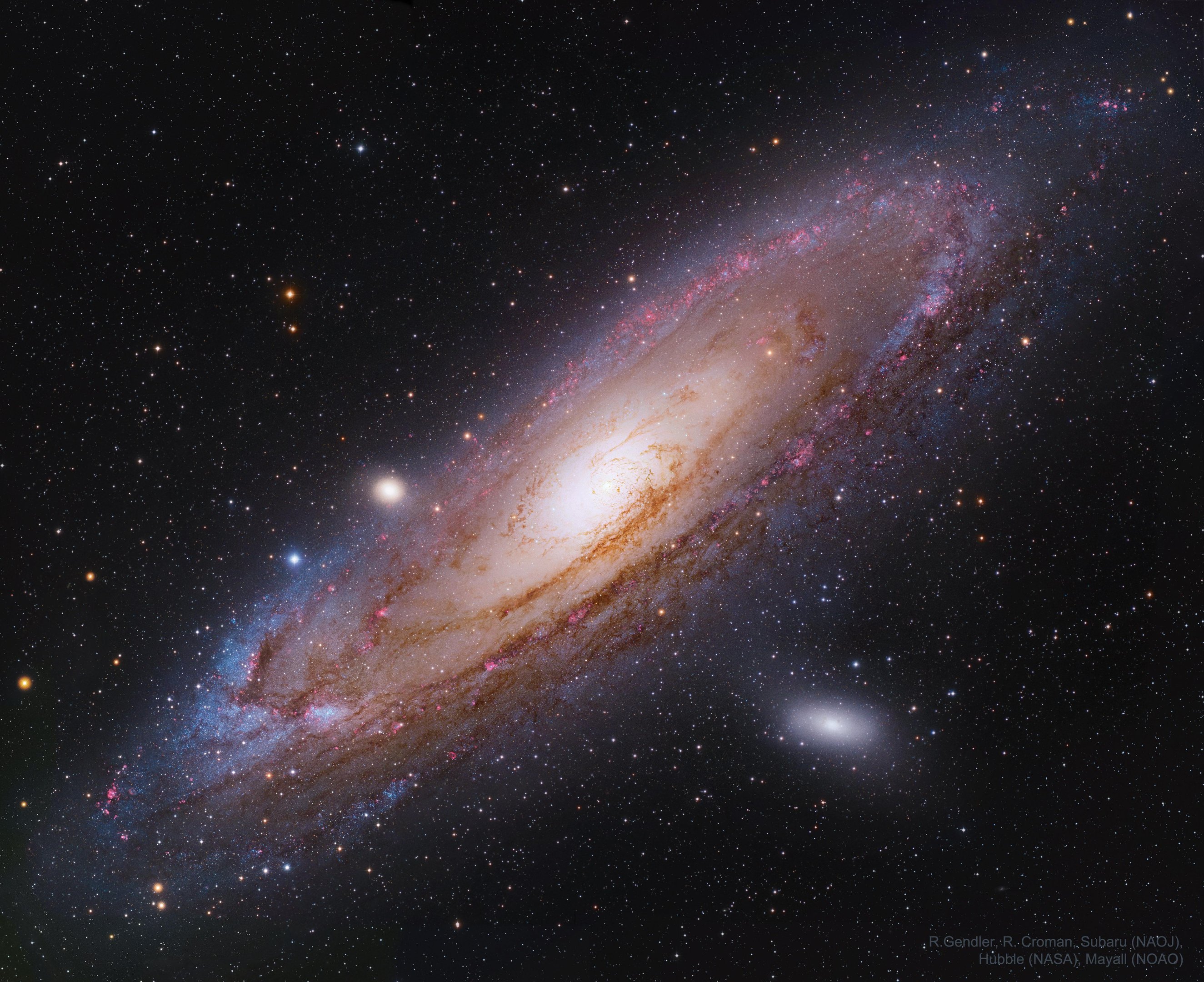 every week, Technology World and #AstroMiniBR brings together five relevant and entertaining astronomical curiosities produced by collaborators. twitter profile To spread the knowledge of this science, which is the oldest!

#1: The farthest light visible to the naked eye!

Andromeda is a spiral galaxy 2.5 million light-years away!

It is the farthest object that we can “easily” see with the naked eye*.

Because of its distance, Andromeda’s light is probably the oldest light we can see in the sky! #AstroMiniBR
(c) Gerardo Ferrarino pic.twitter.com/KIJr9Dbhjg

When we talk about celestial observation with the naked eye, the interesting information is to know how far we can observe. The answer, of course, depends on the brightness and size of the object in question: the larger and brighter it is, the easier it is to observe.

For example, the farthest single star visible to the naked eye is 4,000 light-years away in the constellation Cassiopeia, and although it looks like a faint star to us, it is actually a star. More than 100,000 times the luminosity of our sun.

When we talk about galaxies, these distances are pushed further: About 2.5 million light-years from here, the Andromeda galaxy is almost always the farthest object visible to the naked eye. The light that reaches us today is so old that the first hominids were roaming the Earth when it was emitted by the galaxy, and homo sapiens did not yet exist. However, we say “almost always” because on very dark nights and perfect viewing conditions it is possible to see the faint glow of the Triangle galaxy, about 230,000 light-years further from Andromeda, making it the most distant light. The oldest visible to the naked eye!

THEM #comet C/2022E3 #ZTF below the limit of vision with the naked eye. In this image we use data from the network’s 1m telescope @LCO_Global
In the Northeast and North of Brazil, it is possible to observe before sunrise between the constellations Heracles and Coroa Borealis. #AstroMiniBR pic.twitter.com/k8lQfzPLlj

A comet becomes visible to the naked eye in Brazilian skies! This is long-period comet C/2022 E3 (ZTF), discovered in March last year and believed to originate from the Oort cloud. Discovered by the Zwicky Transient Facility (ZTF), the comet reached perihelion on January 12 this year, reaching a distance of 166 million kilometers from the Sun.

The comet is currently in the constellation Draco and is still below the limit of visibility to the naked eye. Its closest approach to Earth will be on February 1, when it will reach a distance of 42 million kilometers and is expected to be visible to the naked eye as a small scattered dot. Observation will also be possible from Brazil and will be better exploited in dark skies and with the aid of instruments such as binoculars and small telescopes.

#3: Phases of Mercury and Venus

It’s not just the Moon that has phases. The planets Mercury and Venus also experience times when their surfaces appear partially illuminated.
In the picture we see Venus and the Moon both in the crescent phase ??#AstroMiniBR
{c} Juan Luis Canovas Perez pic.twitter.com/Hs0nXmco0l

In astronomy, the term phase is designated for any of the various aspects of a celestial body that changes as different parts of its surface change when seen from Earth when illuminated by the Sun.

The moon is the celestial body with the most famous of its phases, exhibiting eight phases for about a month: the four main phases of new, growing, full, and waning; and its four intermediaries, the crescent quarter, the crescent hump, the descending hump, and the descending quarter.

However, other planets in the Solar System also have phases; Those farther from the Sun than Earth appear in full phase or one of the hump phases, and the closest Mercury and Venus show full phase cycles in exactly the same way. moon. The discovery of the phases of Venus by the Italian astronomer Galileo was the first direct observational evidence of a heliocentric, i.e. heliocentric, Solar System.

Where is Halley’s Comet???

Beyond Neptune’s orbit, it’s still moving away from us. By the end of 2023 it will be at its furthest point from the Sun and then begin its rotation towards the inner solar system.

The close transit of Halley’s Comet in the inner Solar System has been observed from Earth and has been recorded by astronomers from all over the planet for over two thousand years, with the first records dating back to 240 BC. 18th century by British astronomer Edmond Halley, after whom the comet was named. Halley was last seen from Earth in 1986 and is still moving away from us in its current orbit beyond Neptune. It will not appear in our skies again until mid-2061.

#5: Meeting of Venus and Saturn

these days there is a conjunction between Venus and Saturn which can be seen at sunset (= when the stars appear close in the sky).
In fact, the planets are 1.38 billion km apart. It is also a good opportunity to see the Moon in the landscape.

The apparent encounter (or close crossing) of two or more celestial bodies in the sky is called a conjunction. A common example of conjunction is the Moon and Sun during the New Moon phase, which always occurs when the Moon moves between Earth and Sun and its dark side faces Earth. In addition, several other planets are conjunct each other and other celestial bodies. On the days of this week, a beautiful conjunction between Venus, Saturn and the Moon takes place shortly after sunset!

The Ministry of Digital Development will pay 448 million rubles for the development of...

They will show though: on September 7, Apple will introduce not only the iPhone...