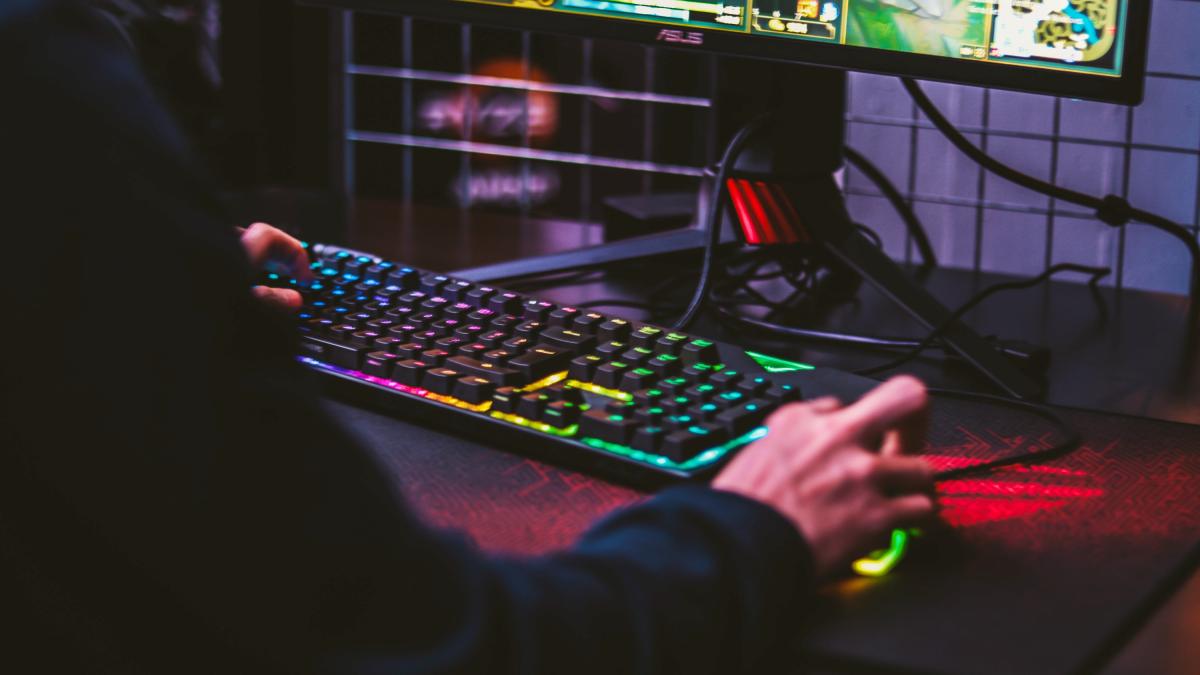 When we install a new game, the first thing we do is try it out for a few minutes to see how playable it is, how the graphics work, and most importantly, whether we are aiming well.

Computer games almost always require the use of a mouse and keyboard, because they offer many more options and possibilities than controls (although if we don’t use macros, a control can do a lot on its own).

There is no mystery about the keyboard as it is usually the most static part. Instead, the mouse is a different story. Everything revolves around him. Games, esports, Twitch… a good aim helps to open the doors of all relevant places and allows you to finish the game with more satisfaction.

The problem is that most of our abilities are inherited. It’s innate, we were born with it. Messi was born with a superhuman ability to control the ball with his feet better than we do with his hands. And eSportsmen have the same thing, only with their hands and a mouse.

But let’s not lie to ourselves, there is another important part of the practice and training that usually does not come to light, because it is the least effective part, the one that sells the least. But to be the best at something, you have to practice, practice, practice. Either with your favorite shooting game or with these apps.

Aim Lab was launched in February 2018 by State Space Labs Inc. Space Labs isn’t a real game developer, it’s a data analysis organization made up of pseudo-scientists and programmers looking for the intersection of technology and education.

Aim Lab uses artificial intelligence to get you better every time you log into the game.. It is compatible with FPS and third-person shooters, which means it can be used by almost all gun-focused gamers.

This software has a lot of options focused on certain abilities in FPS: accuracy, dispersal, target lock, etc. Even Valorant has a deal with Aim Lab for players to practice.

What makes Aim Lab so popular with pros is its in-depth post-workout reports detailing your strengths and weaknesses.. These reports display graphs and charts that break down your workouts to the smallest detail.

A key element of shooting games is the variety of weapons, and Aim Lab has a large category of weapons commonly seen in FPS or TPS. In addition, the application gives you precise recommendations on what your strengths are and how to use them.

Osu! was released in 2007 by developer Dean Herbert. And before you wonder what the hell this program is, we’ve already warned you: This is not a simulator in itself, but a game that acts as an aim simulator.

Osu! is a game in which the player clicks, drags, or rotates the mouse on the screen to the beat of a song (usually anime). The game has four modes, the most commonly used of which is Osu! the standard mode that most esports pros use to warm up.

Although Osu! This is not an FPS oriented game, its simplistic gameplay is something that appeals to people who want to increase their reaction speed and focus. Rhythms and speed of some higher level songs from Osu! They seem almost impossible to follow.

Through the constant practice of Osu! can improve your reflexes better than many specialized targeting programs. Don’t let the looks fool you as the practice app is one of the best.

While it doesn’t offer advanced analytics like dedicated coaches, it can be used as a pre-game warm-up. And since fun is the key to any game, Osu! does an excellent job of capitalizing on that sense of learning and fun.

KovaaK 2.0 was released around the same time as Aim Lab and has a similar aesthetic to scenes and simulations geared towards more extreme players. There are two main modes: Sandbox and Trainer.

Sandbox is the larger of the two modes. It has 5,500 scenarios or more, as well as community-created maps.. And then a trainer mode focused on the chip aspect of the FPS. This mode analyzes your performance in the game and works to improve your overall skills.

The strength of this application is the advanced configuration options. With it, you can customize your gameplay using the settings you control in your favorite FPS games, so you can emulate a COD or Overwatch environment, for example.

KovaaK 2.0 focuses on teaching a specific FPS title rather than giving you general performance practice.. That’s not to say that one game’s features don’t overlap with another, but it’s better to focus on one game if you want to really improve it.

The developers of KovaaK also sponsor competitions on a monthly basis to see who can score the most points over a given period of time. Interestingly, setting goals for the community to achieve makes players train harder to achieve them.

3D Aim Trainer is a program that It can be downloaded, played in the browser, as well as on iOS and Android mobile devices for free. Hence its current success.

This software is one of the most complete and has specific tutorials and procedures for games such as: Rainbow Six Siege, Call of Duty or Counter Strike: Global Offensive.

What makes 3D Aim Trainer unique is that their training is designed to imitate the most famous shooting games in the sector, so players can practice with this app better than any other tool.

The way to use it is very simple. You select the skill you want to improve, add the name of the FPS you want to simulate, and 3D Aim Trainer automatically starts the lesson.

In addition, it is the only application that has competition, so thanks to the multiplayer feature, it allows you to compete with other players just like you who are training. This is ideal to see how the training is going and if there is any real improvement after a few hours of practice.

Once you’ve gone through these four options, it’s up to you to decide which one best suits your needs. Of the most traditional, which will be Aim Lab and KovaaK 2.0; I’m playing Osu! which combines practice and fun; and ending with 3D Aim Trainer, which is the choice of novice professional players.

All of them are good options, despite how much they differ from each other. The key is if you practice, have a good time, put in the effort and notice it in your game after a while. Purpose is not born, it is trained. Have fun players!

Galaxy Watch 5 may have Pro version with long battery life

It remains to buy a BMW and: you can play games on the screen...

The Dark Pictures Anthology: The Devil in Me, Collector’s Edition Revealed