Gadgetonus
Home How to 8 tips for working with multiple screens 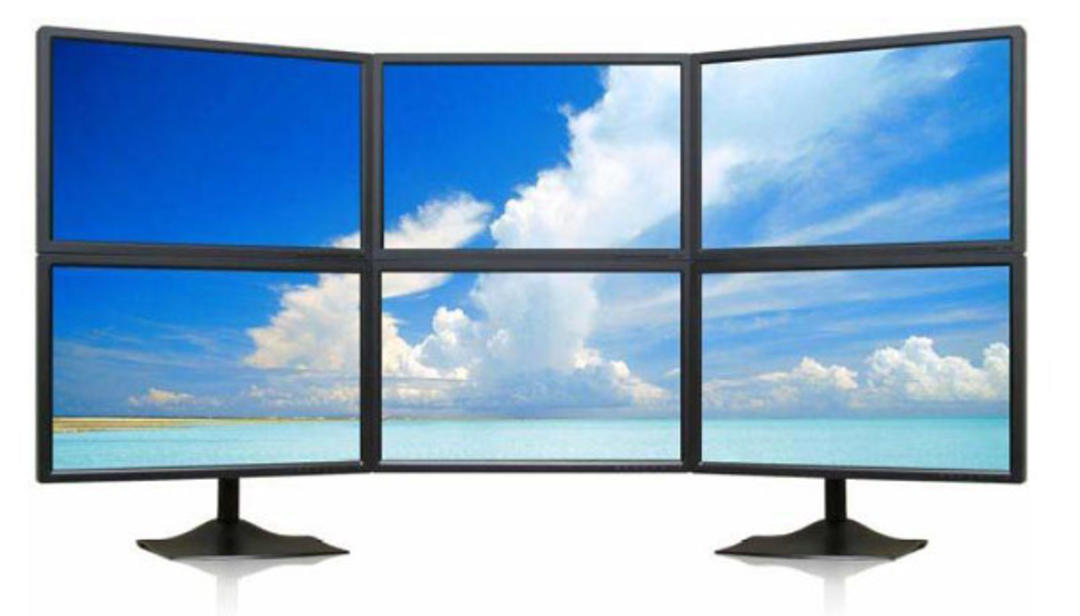 If you still work from home a lot, you want to make your workplace as comfortable as possible. An extra monitor can be a nice addition later. How do you connect multiple monitors and what other options do you have? We give 8 tips.

Are you working with 2 screens?

You have 2 monitors connected. How do you set this up on Windows?

1. Right click on the desktop and select Screen resolution or Image settings.
2. Screen 1 is your home screen; The second screen is the extra screen.
3. Multiple Screens.
4. Select Duplicate these screens If you want to see the same on both screens, you will find this option when you press the key combination as in the 1st screen. Windows+P Used.
5. Select Expand these screens To convert 2 screens to 1 big screen.

Completed? Then read the 8 tips below!

Before you start working with multiple displays, you may need to bring them home first. You can buy an extra monitor here on bol.com.

With an extra monitor or by connecting a computer to the television, you get much more room to use the features of Windows, Mac OS and even iOS and Android. For example, each screen may have a different document open, or you may have a website on one screen and a video on the other. Working with photos and videos is also much clearer.

Multiple screens give you much more room to move.

For example, by enabling a second screen in Adobe Lightroom’s options menu, monitor 1 can display the editing menu and monitor 2 can display the photo in full size. The extra screen also gives you extra options when playing games. Consider a game like Flight Simulator, where the extra monitors serve as the windows of the cockpit.

If you want to buy an extra monitor, you have to figure out for yourself what the purpose of the extra display area is. For example, some screens can be rotated in portrait mode so you can, for example, read an entire document without having to scroll.

Height can also be adjusted sometimes, but not on every monitor. A Full HD display with HDMI is already available for between 100 and 200 Euros, depending on the make, quality and features of the display. Two identical screens side by side with the thinnest possible bezels provide an optimal viewing experience. That way you can put them side by side. If you have two monitors with different resolutions and image quality, be sure to leave some space between the screens to make the differences appear smaller.

If you work a lot with video editing software or spreadsheets, a big screen (or even television as a screen) is extremely helpful. These displays usually come with special software that can split the image, for example, into four small screens for more convenient multitasking.

Tip 02 Different types of monitors can irritate the eyes.

Read our working from home tips.

Connecting an extra monitor is easy, provided your computer has the right video ports. In most cases, a desktop computer has a VGA and/or DVI port. One port is probably occupied by your main monitor, while the second port is free for an extra display. For this you may need an adapter that converts a DVI signal to a VGA signal, for example. Such an adapter is usually supplied with the display, but can be purchased separately.

A modern HD monitor can be connected to a free HDMI port. Yet HDMI is still not standard on every monitor. So always check the specifications of the screen you want to buy. Purchasing a new video card may also offer a solution: some cards have inputs for up to ten monitors. A laptop already has a built-in monitor, but usually has a port for connecting an extra display.

There are also splitters that allow you to connect two displays to one port, but the image is exactly the same on both displays.

Windows 10 and 11 will automatically detect and open a second screen. The second desktop initially looks like an empty space with an expanded taskbar. It may display the Windows home screen on the wrong monitor (for you). You can easily change this. For example, by swapping cables between monitors.

If this is not possible, you can edit this with software: right click on the desktop and select Screen resolution. Both screens are indicated by the numbers 1 and 2 in the options menu. Monitors can be dragged with the mouse into an arrangement that fits exactly how they look on your desk. by To identify When clicked, a large number will appear, with number 1 being the main screen.

You change the home screen by activating another screen and placing a checkmark in front of the option. Set this screen as home screen.

Tip 04 Screens can be placed very precisely in Windows.

By default, the Windows taskbar is only displayed on the main screen, on which the number 1 is assigned to the window. Screen resolution.

You can set this in Windows 10. Right click on the taskbar and select Properties. You will find it in the tab taskbar options menu Multiple screens. Put a checkmark in front of the option Show taskbar on all monitors. Toolbar buttons can be displayed as desired (such as single buttons, stacked, with or without text). Select the option you want. Show toolbar buttons by:. save changes with Apply / OK.

In Windows 11, navigate to: Taskbar Settings, by right-clicking on the taskbar. Scroll down until you see the option Taskbar Behavior sees. put a check here Show my Taskbar on all screens. This option is only available if you have multiple monitors actually enabled.

Tip 05 In Windows 10 and 11, you can display the taskbar on multiple screens.

Tip 06: Which screen will be shown?

on the menu Screen resolution specify what to do with the main screen. You probably want to expand the screen, which gives you multiple desktops, but you can also copy (duplicate) or turn off one of the screens. You can also call these functions with a key combination. Windows key + P. In Windows 11, this combination opens a clear sidebar.

The Windows key + P works when you connect a computer such as a laptop to the TV. For example, if you want to watch a movie, it is annoying that your laptop shows a bright Windows start screen. In such cases, select the option Second screen only (in Windows 10 and 11).

Tip 06 You can quickly switch between screens with Windows+P.

Connecting a desktop or laptop computer to a television is very easy, but first you need to know what kind of cables you need. A laptop will likely have an S-Video, composite, VGA, DVI or HDMI port. How the cable should appear on the other side depends on the TV. Composite and S-video are almost always standard on ‘old’ televisions, while HDMI can be found on any HD television.

If the ports of the computer and the TV are different, you will need an adapter cable. For audio, you need a standard audio cable that you connect to the headphone port, but with the HDMI cable you no longer need a separate audio cable. When the cables are connected, select the correct video channel on the TV. You can use the key combination on the computer. Windows + P or via the menu Screen resolution choose the right screen.

Having problems after connecting your second display? Try turning off the monitor or restarting your computer. It’s possible that an operating system issue is causing the strange display, and a simple reboot can fix it. Also check the cables carefully. In another article, we’ll explain what else you can do if your monitor isn’t displaying the image properly.

Tip 07 You can connect any computer and television with an adapter.

The free Splashtop program allows you to fully use your Windows and Mac computer on a tablet or smartphone. Choose the personal version. Click at the bottom of the page Download Streamer. This is the program that allows a smartphone or tablet to access the computer (Windows, Mac and Linux).

Download the app on your mobile device for iOS, Android. The application then scans the local network for available computers (the computer on which Splashtop is installed must be turned on) and then opens the computer screen in a resolution adapted to the smartphone or tablet. Connect a mouse and/or keyboard to turn the mobile device into a mini laptop!

Your tablet can also be used as a second screen. The term “second screen” is often used to indicate that you can participate while watching a TV show on television via a special website or social media. But with Netflix, for example, a tablet really has a second screen. You can use it to run the Netflix app on a game console or smart TV while watching another Netflix movie or restarting the current video on the tablet. This way, you can continue watching the movie in the bedroom without having to restart it.

Depending on the type of tablet, you can also connect it to a monitor or television. This can be done with a proprietary video cable from Apple, or wirelessly with Apple TV for iPad, or a microHDMI cable for many Android tablets. Some newer televisions and monitors have MHL, a technology by which a smartphone or tablet can easily be connected to the display while the device is charging at the same time. With all these methods, it is much more enjoyable to watch photos and videos in HD.

Use your tablet as a second screen!

Windows 11 may be very similar to Windows 10, but there are many changes under the hood. in this lesson Get started with Windows 11 From Tech Academy you will learn this version of Windows from the ground up!

No DVD drive on your laptop or PC? You can do it!

Bleach: The Legend You Had To Wait For

Borderline: What is it and what are the symptoms of the disorder?