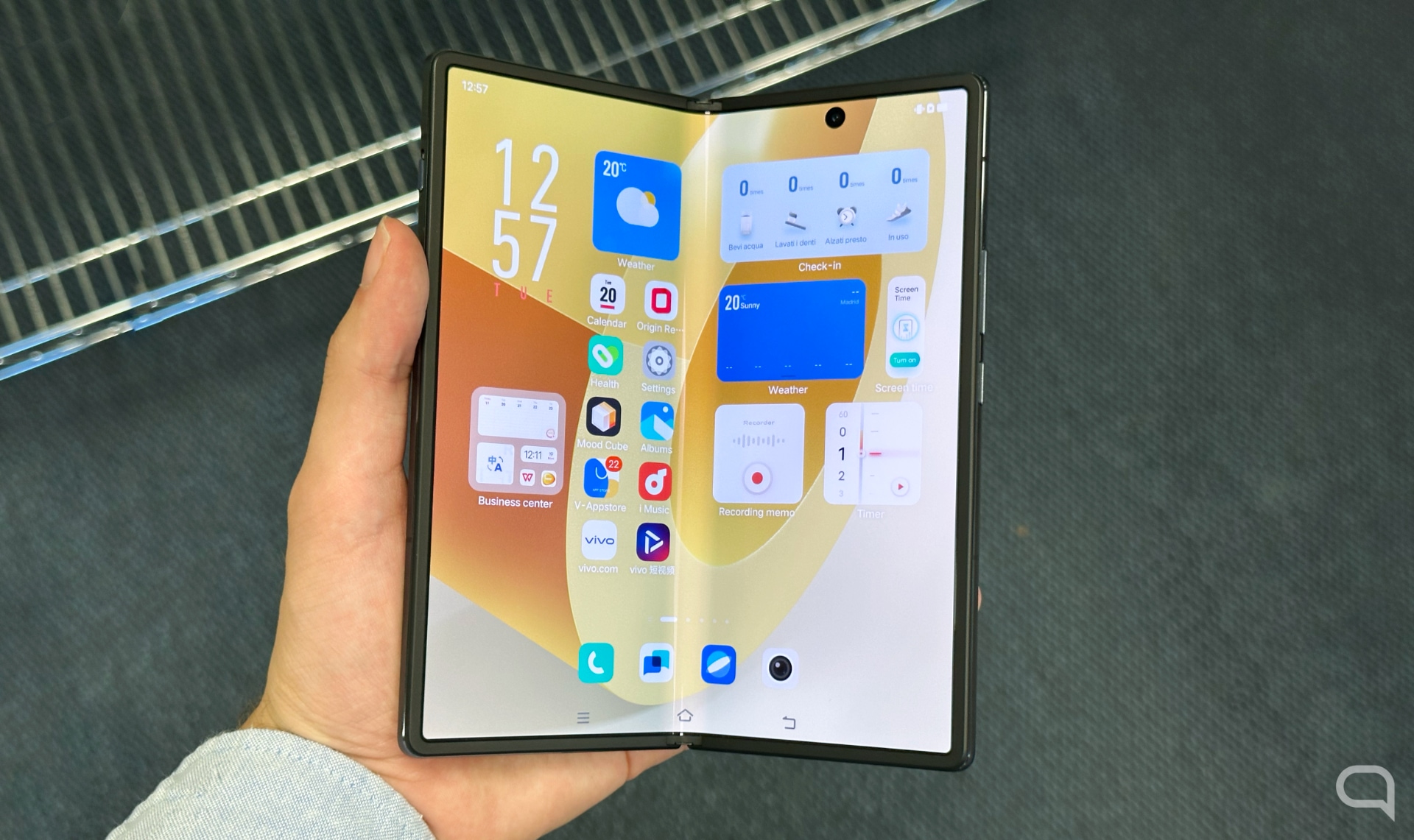 Many foldable mobile phones have passed through my hands. And whenever this happens, I come to the same conclusion: there is no other like the Oppo Find N. I have seen them stronger, prettier and with a better camera, but no flexible screen mobile phone has been able to recreate the feeling I experienced after testing an Asian firm mobile phone: the feel of a real foldable mobile phone, the function of which is to offer a compact and user-friendly design and, in turn, a large screen. The only model that made me regain that feeling was Vivo X Fold.

This smartphone, announced in April 2022, is similar to Samsung Galaxy Z Fold 4. It features a bookcase design where the 8″ flexible inner panel folds up and also includes a 6.43″ outer screen. The goal is to be able to use a panel with the same dimensions as a tablet, but with a design similar to that of a smartphone.

A priori, this could be another model in the ever-expanding catalog of foldable phones. However, I consider this a very worthy alternative to Samsung’s flagship foldable model.. At least yes, if this Vivo was sold in Spain. The model, although hypertext We were able to be alone with it to test it first hand, it is only sold in the Asian market.

In fact, the Vivo X Fold may even be example to follow Samsung to improve upon the foldable design that has been the king of its category for years, but still has room for improvement.

Remember that the Samsung Galaxy Z Fold 4 has two screens. Internal, 7.6 inches, and external, which measures 6.2 inches. This panel is undoubtedly fantastic from a technical point of view. It also has certain specs that improve the user experience, such as its 120Hz refresh rate, however it has a downside: its aspect ratio.

The outer panel has an aspect ratio of 23.1:9., much narrower and longer than conventional smartphones. Although it allows you to play content clearly and without problems, it is somewhat inconvenient to use. Writing, for example, is generally impractical. And holding it to move around the interface.

On the other hand, the Vivo X Fold has a much more suitable 21:9 aspect ratio., and this greatly simplifies the use of this screen. Because, let’s be honest, while the flexible inner screen is the protagonist, the outer screen is the one we’re going to use most of the time. Whether it’s replying to a message, checking your navigation on Google Maps, browsing Instagram… having access to this panel is much more practical, especially when we’re on the go.

One detail that surprised me is that the Vivo mobile phone is not much larger and heavier than the Samsung Galaxy Fold 4. Even the screen ratio does not harm the inner panel, although this one, yes, has a little more frames than the Samsung folding one. It’s a justified sacrifice, in my opinion, given how comfortable and practical these 21:9s are compared to the Fold 4’s 23.1:9.

Another shortcoming that we see in the Samsung Galazy Z Fold 4 and that Vivo solves in a very practical way is wrinkle on the screen. Flexible panels, in particular, create a kind of crease in the center due to the hinge, as this, for various reasons, does not reach the end of the panel.

Vivo on its X Fold does not completely hide this wrinkle, but yes, greatly reduced. To such an extent that it does not bother the naked eye and is not felt to the touch. Only in certain specific situations, such as when the terminal is in a certain position and the screen is white, can you appreciate this small mark on the screen. However, it does not reach the level of excellence of the Oppo Find N, despite the fact that they use a similar mechanism.

In addition, the Vivo X Fold appears to be more resistant than the Samsung Galazy Z Fold 4. The company says it can withstand up to 300,000 times; 100,000 more than a Samsung mobile phone.

The Vivo X Fold doesn’t skimp on features either.

Vivo, while favoring a foldable screen, doesn’t neglect other features either. Like, for example, those that belong to the photo section. In fact, the Vivo X Fold has exactly the same camera configuration as the Vivo X80 Pro and is also signed by Zeiss. As for the SoC, the X Fold has Snapdragon 8 Generation 1and also with a configuration that starts with 12 GB of RAM and 256 GB of internal storage.

Unfortunately, we repeat, Vivo X Fold will not be sold outside the Asian market. However, if that were the case, it would undoubtedly be the best alternative to Samsung’s flagship foldable model.

Apple distributor in Russia: prices for equipment will decline, but will not return until...

Apple TV+’s CODA triumphs at the Oscars that made history

HeartStopper, the Netflix series for teens, is a before and after for the LGTBIQ+...

Fall Guys, a big announcement on May 16: users bet on free-to-play