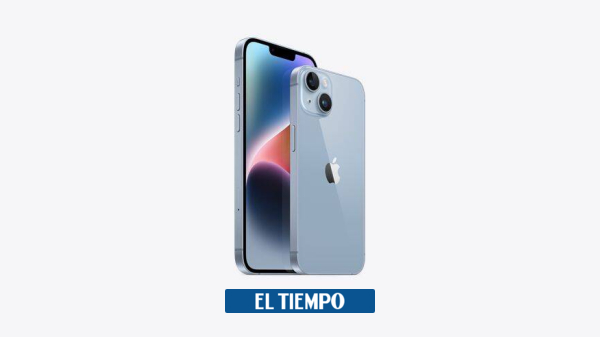 Apple presented the stellar mobile iPhone 14, in which it applied new features compared to its predecessor. Users of the Apple company will have the opportunity to choose from four options: iPhone 14, 14 Plus, 14 Pro and 14 Pro Max.

Although the launch was made globally, His arrival in Colombia is uncertain due to the tech giant’s legal battle for a patent.

In fact, if you enter the official page of the company in our country, you will see a short announcement at the top: “Apple is temporarily unable to offer devices with 5G technology in Colombia due to a Colombian court decision, a decision Apple has appealed.”

The case goes back months when the 43rd court of the Bogota circuit banned the sale of iPhone and iPad models with 5G. (although there is still no support for such a network in the country), as it feels Apple has infringed on its NC2019/0003681 patent, which is vital to developing the technology in question.

The patent belongs to Ericsson, one of the largest in the market from 2019 to 2037. It is also taking legal action against Apple in the United States, Brazil, Germany, Belgium and the Netherlands on the same issue.

(We recommend: the new Apple Watch Ultra, a device for adventure and sports).

A judge in Colombia ordered the company not to market the equipment while a decision is reached. He also asked the Tax and Customs Directorate (Dian) not to allow these devices to enter the country.

Apple considered the measure “disproportionate and unreasonable” and appealed. But so far the court has not dropped him, so The newly announced iPhone 14 would be added to the list of equipment that cannot be purchased.

Although not currently available in Colombia, the company’s page reviews all the features that come with the equipment. For example, it was known iPhone 14 continues to use the A15 Bionic chip and implements new features such as shock detection and satellite emergency calls.

(In context: iPhone 14: Specifications and models of Apple mobile phones).

Another of the main points is that it doesn’t have tray to introduce Sim. You will not need to have a small physical card to connect to your phone operator; The mobile phone contains a chip that allows virtual connection.

When configuring equipment for the first time, you will need to determine if your operator supports this technology. Movistar and Claro already have active connections in Colombia.

(You can read: The new AirPods Pro 2 will be available this Wednesday).

The smartphones will go on pre-sale starting September 9 and will go on sale in the United States on September 16. But Colombia will remain in the pipeline for now until the dispute between Apple and Ericsson is resolved.

– This is Apple Watch 2022: features and price of the new smartwatch.

Mysterious green children found in a well in England: ‘From another world’

Recommendations for choosing a good charger for mobile phone

Refreshing Spotify Home on both Android and iOS, is it better than before?

iPhone 14 Pro is thicker than original iPhone (due to cameras)

Premieres coming to Netflix in May 2022: series, movies and documentaries